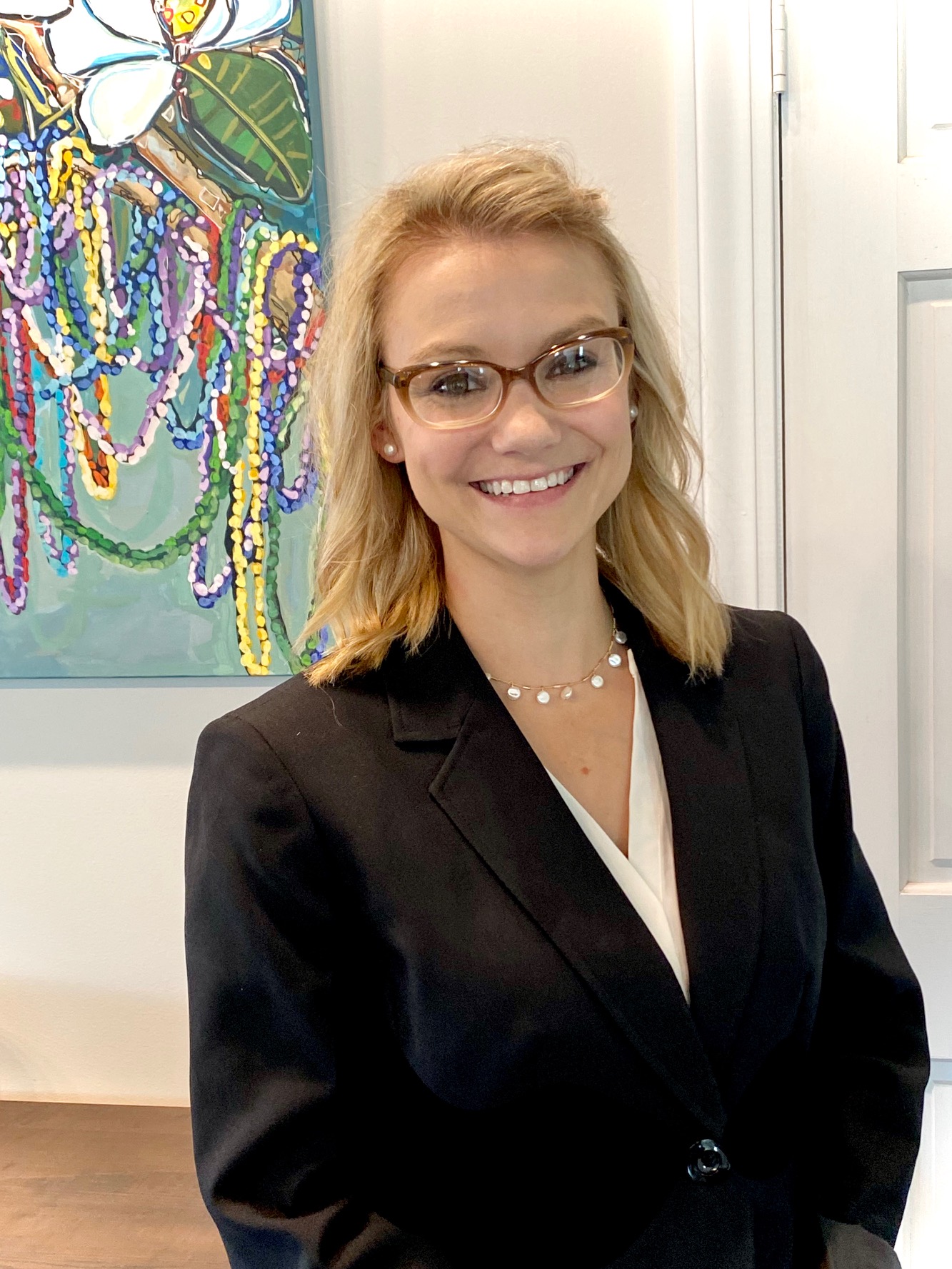 Mallory Fields Maddocks is an associate in the Thibodaux office. She graduated from Nicholls State University with a B.A. in Government and a minor in Criminal Justice and received her Juris Doctor from Loyola University New Orleans School of Law. During her time at Loyola, Mallory was a member of the Moot Court and served on its Executive Board. She was also a student practitioner in the Stuart H. Smith Law Clinic and Center for Social Justice.

Mallory’s practice focuses primarily on the defense of insurance companies and their insureds in personal injury cases. She is admitted to the Louisiana State Bar, United States District Court for the Eastern District, Western District and Middle District of Louisiana and the United States Fifth Circuit Court of Appeals.

Mallory and her husband Jordan have two children; a son, Knox Charles, and a daughter, Grier Genevieve.